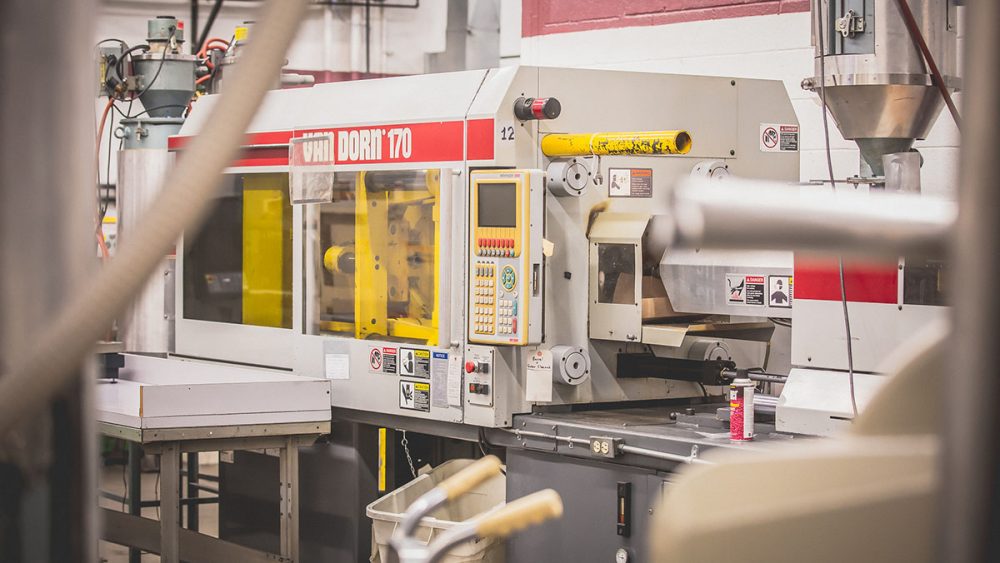 What is Injection Molding

What is Injection Molding:

Injection Molding is a process of producing parts in large volume. It is most often used in mass-production processes where the same part is being created thousands or even millions of times in sequence.

Why Use Injection Molding:

The principal advantage of injection molding is the ability to scale mass production. Once the initial costs have been paid, the price per unit during injection molded manufacturing is extremely low. The price also tends to drop drastically as more parts are produced.

Injection Molding is also very repeatable. That is, the second part you produce is going to be practically identical to the first one etc. This is a wonderful characteristic when trying to produce brand consistency and part reliability in high volume production.

How It All Works:

A sprue is simply the channel that guides molten plastic from the nozzle of the injection molding machine to the entry point for the entire injection mold tool. It is a separate part from the mold tool itself.

A runner is a system of channels that meet up with the sprue, typically within or as part of the mold tool, that guides the molten plastic into the part cavities within the mold tool. There are two principal categories of runners (hot and cold).

Lastly, the gate is the part of the channel after the runner that leads directly into the part cavity. After an injection mold cycle (typically only seconds long) the entirety of the molten plastic will cool leaving solid plastic in the sprue, runners, gates, part cavities themselves, as well as a little bit of overflow potentially on the edges of the parts (if the seal isn’t 100% right).

Thermoset material, such as an epoxy resin that cures once exposed to air, is a material that cures and would burn after curing if one attempt is made to melt it. Thermoplastic material by contrast, is a plastic material that can be melted, cool and solidify, and then be melted again without burning. With thermoplastic materials, the material can be recycled and used again. Sometimes this happens right on the factory floor. They grind up the sprues/runners and any reject parts. Then they add that material back into the raw material that goes into the injection molding press. This material is referred to as “re-grind”. Typically, quality control departments will limit the amount of regrind that is permitted to be placed back into the press. (Some performance properties of the plastic can degrade as it is molded over and over). Or, if they have a lot of it, a factory can sell this re-grind to some other factory who can use it. Typically regrind material is used for low-quality parts that don’t need high performance properties.

What Are Some of The Considerations For Injection Molding:

Before you endeavor to produce a part via injection molding consider a few of the following things:

An Example (Designing For Injection Molding)

Typical parts you might want to injection mold include joints, brackets, or housings. For example, most consumer electronic tools are made with a plastic shell (housing) that’s injection molded and used for the body of the tool.

Consider the housing for an electric drill:One of the most obvious advantages to injection molding is that the housing serves multiple purposes. First, it serves as a handle for the end user to interact with. It also acts as a receptacle for the battery and motor as well the location of various screw bosses that will be used to fasten the device together once the internal parts are assembled. In other words, injection molding is extremely effective when you need to organize a lot of internal parts within a housing. As a result, it’s a fantastic way to reduce the number of total parts (“piece count”).

Some of the other reasons that injection molding is a good fit for this example include the fact that the drill is being produced in large volume. Injection molding is wonderful for this kind of high volume production because the high initial costs pay the manufacturer back over time with low per unit costs.

All in all, injection molding is a great technology for finished production on a massive scale. It is also useful for finalized prototypes that are used for consumer and/or product testing. If you have any questions regarding injection molding and how it can benefit your project contact us here!